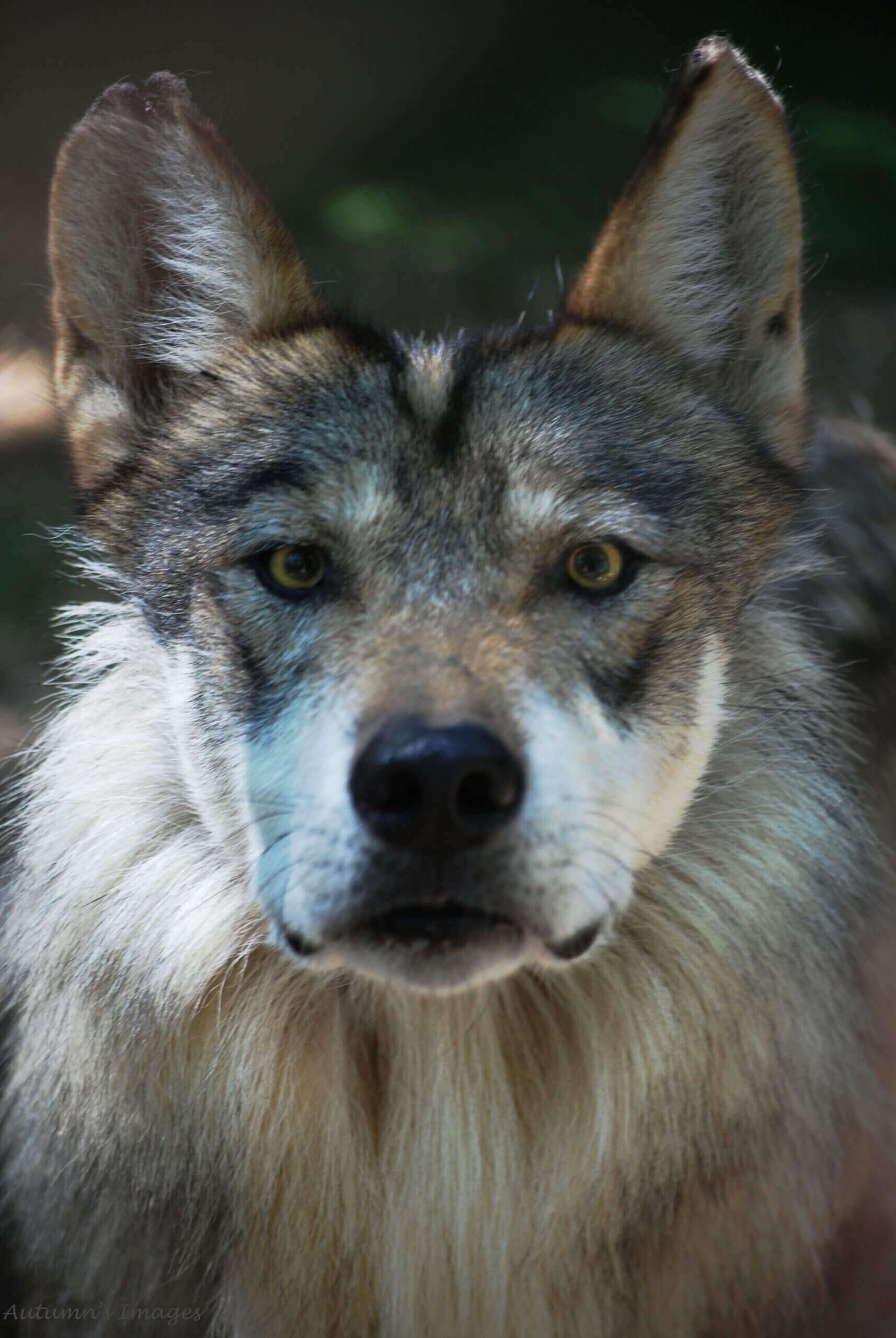 I am remembered as…laid back, gentle and protective. I am a noble father, a loyal mate and a patriarch of descendants who may one day run free in the wilds of North America.

Perkins was born in the spring of 2005 at the Endangered Wolf Center. His litter was one of the first successful artificially inseminated litters to be born in the Mexican gray wolf captive population.

Perkins’ mom, Frijole, one of the most genetically important females in the population at the time, had lived with her mate Alano for five years, but Alano was no longer a good genetic match for her.

Alano and Frijole had a special bond, and so to allow them to stay together as companions, Frijole was artificially inseminated from another male.

At mid-gestation, an ultrasound confirmed that she was pregnant with three pups. On May 1, 2005, Frijole gave birth to a male (Perkins) and two females (Catella and Nieta de Nina).

When actress Betty White joined us for our 2005 Gala, she fell in love with the pups and began our Puppy Naming Club by naming the little male after famed naturalist and founder of the Endangered Wolf Center Marlin Perkins and his wife Carol.

We know this magnificent wolf would have made his namesake proud – a loyal companion, loving father and patriarch of future generations.