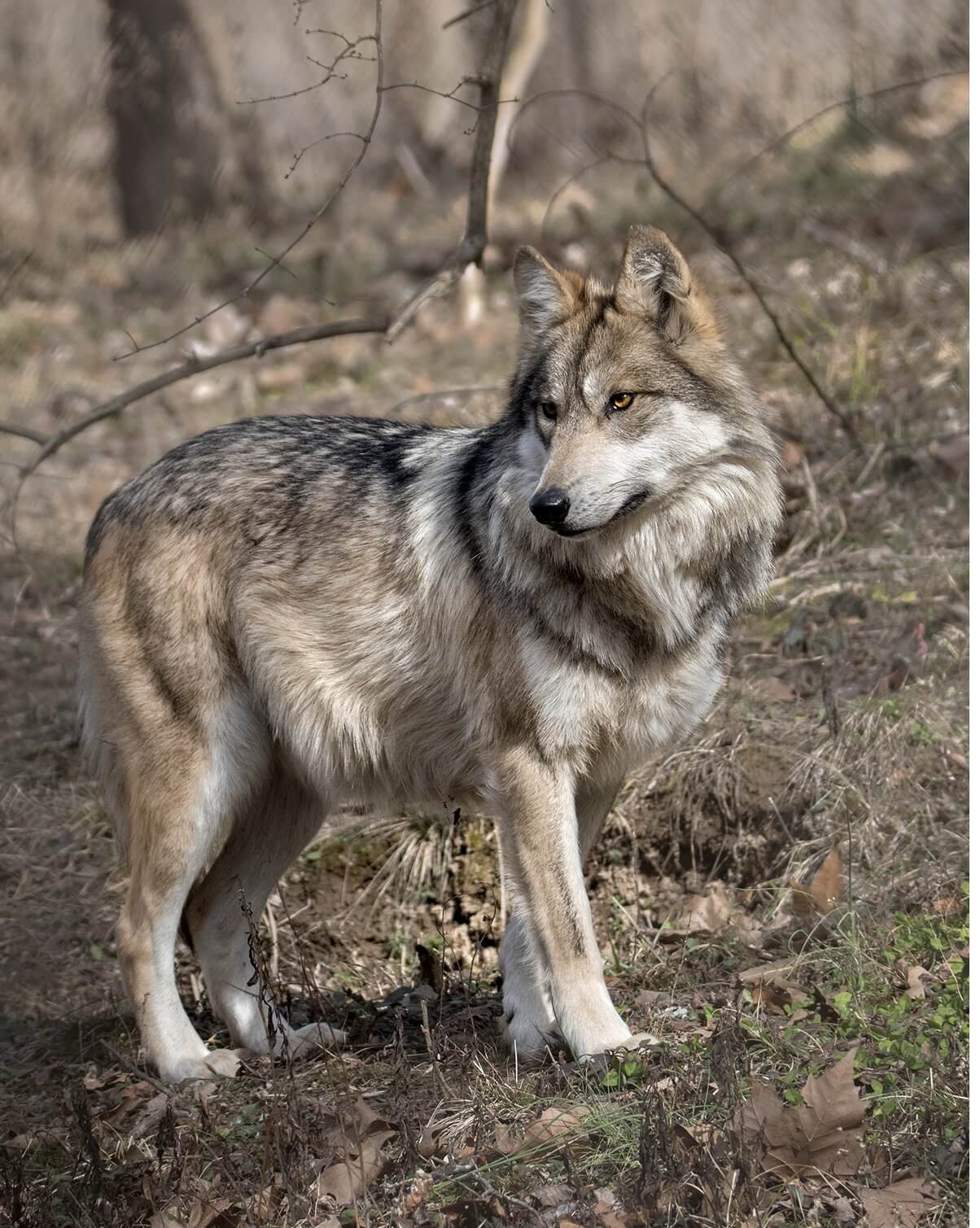 I am…a bit shy, but my curiosity helps me push past that. I am from a kind known by few people.

Rogue was born at the Endangered Wolf Center on May 20, 2013. She is our “lucky 13,” also being the 1,300th Mexican wolf born into the recovery program since it was initiated in 1982 – a remarkable feat for a species that once had a breeding population of just seven individuals.

Rogue’s parents, Madre and Perkins, are descended from what is known as the McBride lineage, believed to be the last wild Mexican gray wolves, which were captured and brought into managed breeding efforts in order to rescue the population from extinction.

Although both Madre and Perkins were experienced parents, Rogue’s birth was by no means a certainty. Madre turned 11 years old shortly before Rogue was born, and she had not had a litter in a few years. She and Perkins seemed to hit it off, though, and when spring arrived Madre showed signs of preparing for a litter.

Perkins, on the other hand, certainly seemed to know that he had a new pup on the way, as he began taking his job of guarding his pack’s territory very seriously. Sure enough, in the pre-dawn hours of May 20, den cameras showed Madre giving birth to two pups. Sadly, one of the pups was very small and weak, and it only survived for a few days.

Rogue, however, was healthy and robust from the beginning. With the devoted care of both her parents, she grew rapidly from a squirming ball of fur into a gangly and inquisitive pup, intent on exploring the world beyond her den.

As the daughter of two very genetically valuable wolves, Rogue holds a key position in the recovery effort – though fortunately for her, she has no idea the pressure is on. She is playful and energetic, and spends her days exploring her large enclosure, following her mother on patrols and stalking the occasional duck that is bold enough to land on her pond.

It’s our hope that Rogue’s own offspring will one day roam wild again, doing their part to help nature return to harmony.