Virginia Busch, CEO of the Endangered Wolf Center (EWC), announced on October 4th she will retire at the end of this year after 10 years leading one of the region’s/country’s largest conservation centers to preserve and protect Mexican wolves, red wolves, and other wild canid species. Although  Busch will step away as CEO, she will continue to work in a strategic consultant role that will include donor relations, marketing and branding, and strategic planning for the EWC beginning  January 1, 2022.

EUREKA, MO – AUGUST 07: Virginia Busch poses for a portrait on August 7, 2019 at the Endangered Wolf Center in Eureka, Missouri. (Photo by Kelsey Grant)

Busch joined the Endangered Wolf Center as its Executive Director in 2012. Under her leadership,  the EWC has grown significantly in size as well as revenue. The nonprofit organization is considered the cornerstone of wolf conservation in America, has earned a global reputation for breeding endangered wolves and other canids, leading husbandry research, strong education programs, and participating in releasing wolves in the wild. As part of the U.S. Fish & Wildlife Service’s recovery programs, the EWC has continued to make history over the last few years helping to develop the  Mexican Wolf Pup Foster Program. Successfully fostering 38 wolf pups into the wilds of Arizona and New Mexico. In fact, every Mexican gray wolf can trace his or her roots back to one place — the  Endangered Wolf Center, which in 2021 celebrates its 50th year in preserving and protecting wolves. 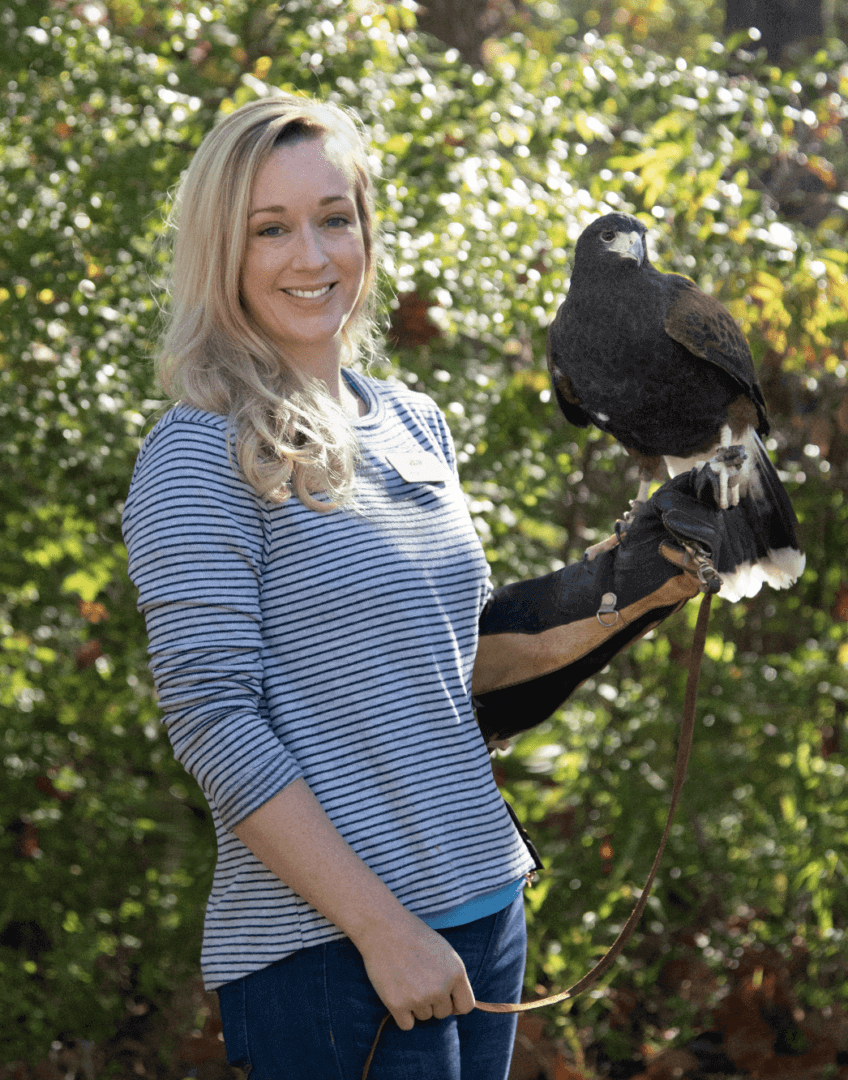 At Wolf Fest, Ginny presents while holding a raven.

EWC Board Chair Rhiannon McKnight said: “We are most grateful for Virginia’s visionary leadership over the past decade and are thrilled she will remain a part of our pack to continue guiding the Endangered Wolf Center’s mission. She has worked tirelessly to engage the St. Louis community and has positioned the Center for continued success in the future. “   “It has been a rewarding and pleasurable experience leading the Endangered Wolf Center for the past 10 years. Influencing the narrative about the misconceptions of wolves and other top predators and the essential roles they play in the health and sustainability of our ecosystems has been the most challenging aspect of my career thus far. I am proud of the work we have done on this front. I am excited to continue to work with the exceptional EWC team and turn the leadership over to  Executive Director Mark Cross, who has been managing the day-to-day operations for the past two  years.” Busch said. 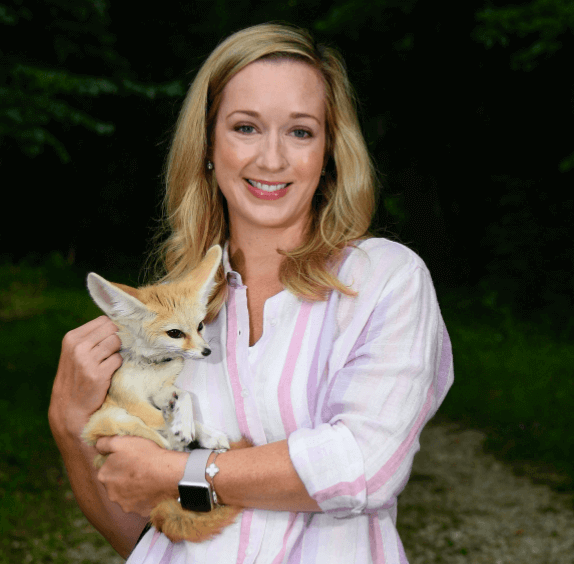 EWC Executive Director Mark Cross said, “I have greatly appreciated Virginia’s leadership during  my time with the EWC, and like the rest of the team, look forward to continuing to work with her on our programs and especially with the EWC’s upcoming 50th-anniversary celebration.”    Since Busch’s arrival in 2012, the EWC has delivered on its mission through cross fosters and/or releases of 43 pups and adult wolves to the wilds of New Mexico, Arizona, and North Carolina,  improved or built multiple capital projects including new habitats, enclosure enhancements,  administrative office space, and a vet and nutrition center, built out a strong education platform, which includes on and off-site programming, enhanced the marketing and branding of the Center, and grew the EWC’s collaborative partnerships to accelerate the mission. 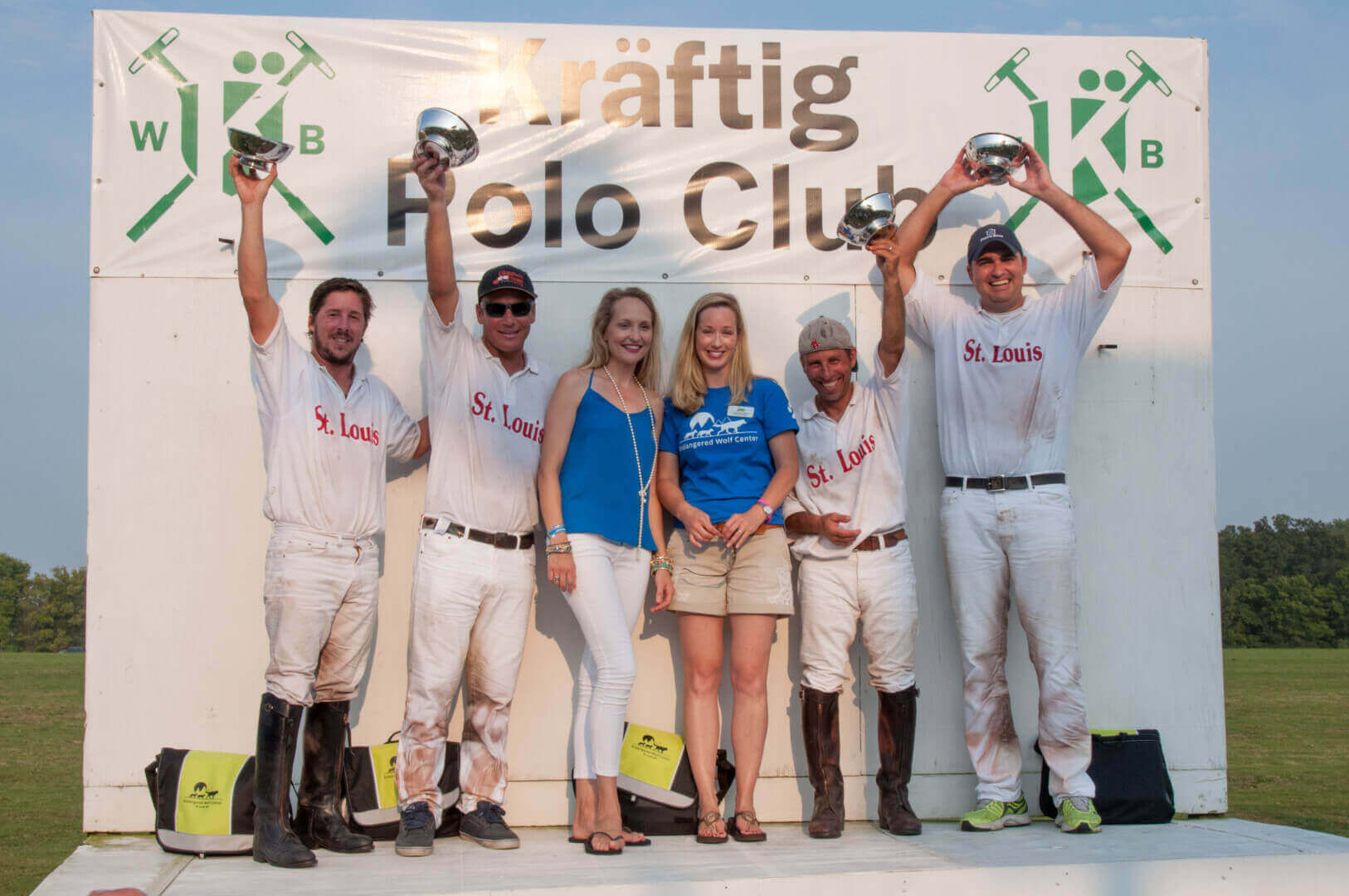 The EWC has grown from a team of nine to more than 25 under Busch’s leadership, developed a strong board of directors, and lead the organization to financial stability, growing revenue from $500,000 to $3 million. 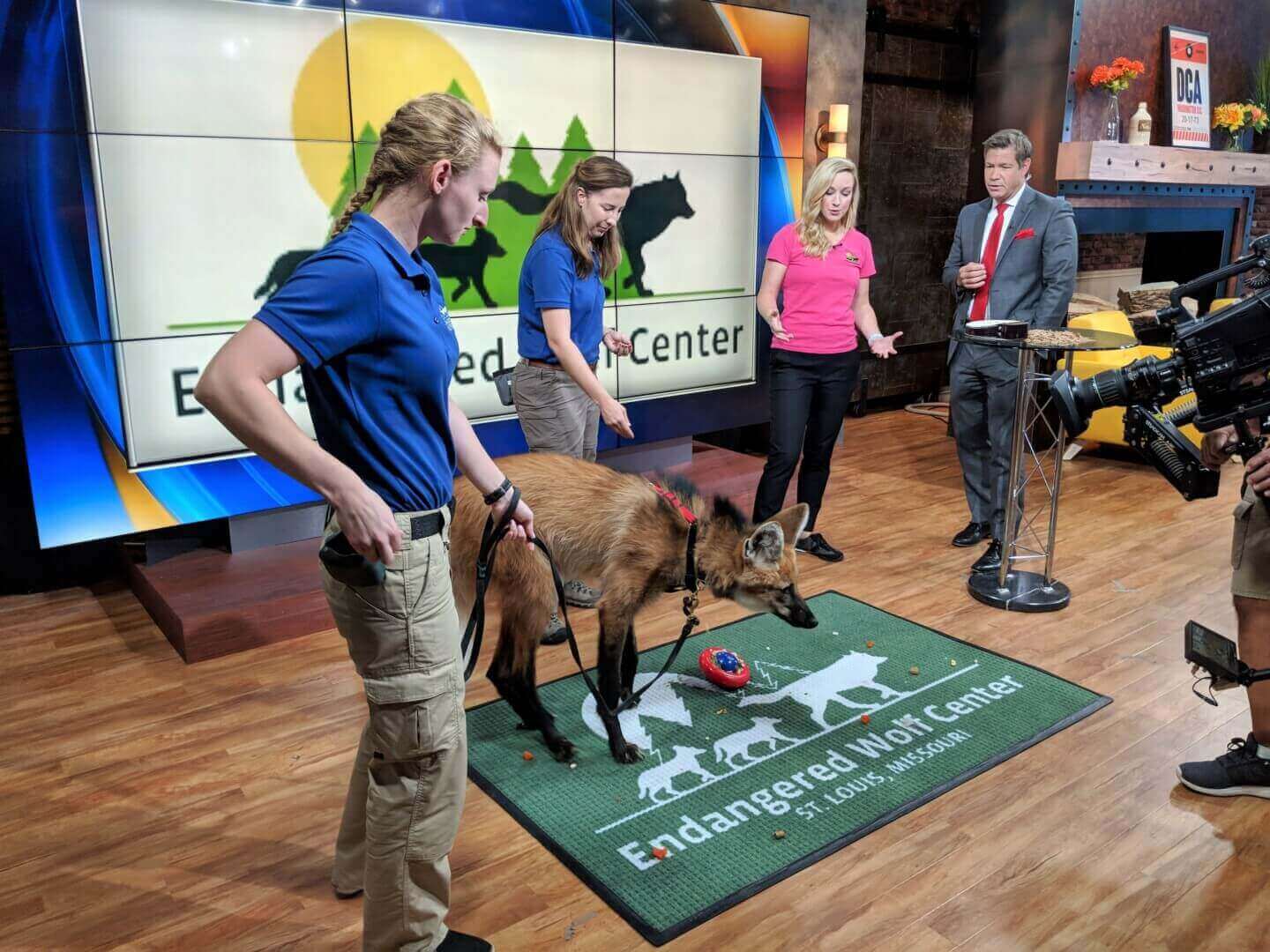 FAQ – QUESTIONS & ANSWERS  What are your future plans? 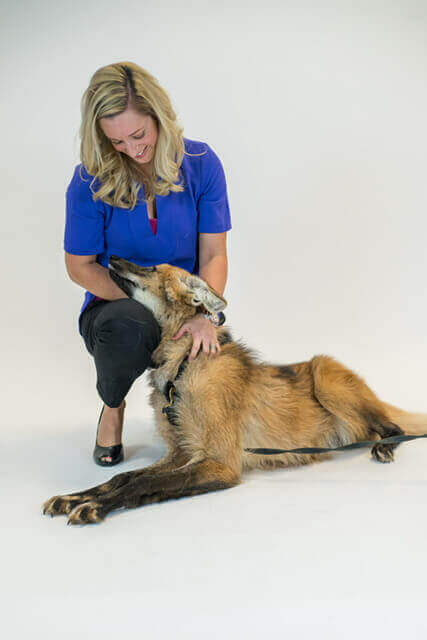 I will continue to serve in a strategic consulting role for the EWC and continue to stay involved in wildlife conservation and animal welfare under my board positions with Wild Earth Allies, World  Wildlife Fund and the Humane Society of Missouri.   Why now?  After ten years, I feel the organization is ready for new leadership and a fresh perspective on its continued growth. Personally, I want to broaden my scope of entrepreneurship.      For media inquiries, contact: Joan Lee Berkman  Face Watchers  C: 314.799.1204  [email protected]
← Previous: Female Eagle Scout Honors Marlin & Carol Perkins' Legacy Next: Remembering Betty White →