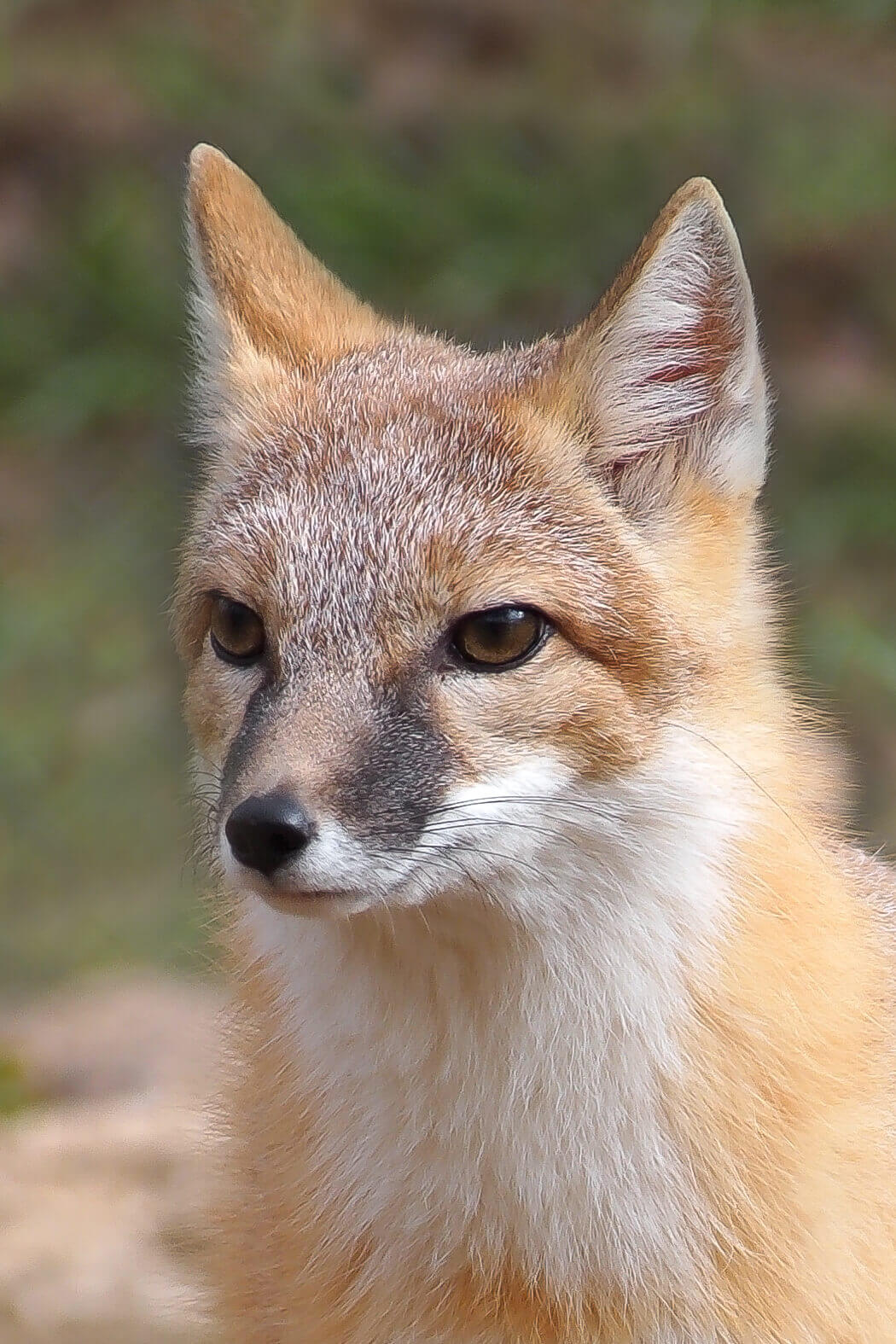 I am…mischievous, intelligent and eager to learn more. I have a big personality and know how to steal the show.

When you walk through the world with a name like Havoc, interesting things are bound to follow. For this swift fox fellow, he’s not one to live up to his name in a destructive way, though he does like to stir up some fun.

Havoc was born on May 11, 2012 in the first litter of swift fox kits to be born here at the Endangered Wolf Center in over 10 years. The swift fox release program had officially come to an end shortly before his birth thanks to the species’ steady increase in numbers and range in the wild.

When Havoc and his sisters, Kimi and Lika, were about 5 weeks old, the Animal Care staff initiated a new, experimental training program involving Havoc and his family. From the beginning, it was clear he was going to shine brightly in his training.

Today, Havoc is the superstar of the Center’s swift fox training program. Bold, curious, and mischievous, he quickly picks up on what his trainers want from him – then often looks for a way around it.

Havoc will often approach the fence line of the swift fox viewing area to investigate the visitors on the public tours, and he has delighted guests on Training Experiences with his remarkable skills and his engaging personality.

When a new litter of kits were born to Havoc’s parents in 2013, we wondered how he’d feel about sharing the spotlight with the cute-overloaded new kits on the block. He surprised his keepers once again with just how attentive of a big brother he was.

Havoc helped his dad stand guard, and selflessly delivered food to his newborn siblings. As they grew, he proudly carried on his role as assistant guardian and caregiver, just as he would have in the wild.

While Havoc continues to shine in his training and steal the hearts of guests, he’s also shining in his latest endeavor as an artist in residence, painting as part of his enrichment exercises. Havoc and his big personality will be fun for Mexican wolf pack adopters to follow.