PUPDATE: Welcome Our Latest Additions to Our Pack!

This puppy season has certainly been one for the record books!

Now we are celebrating the birth of eight American red wolf pups, born in two litters in April and May! There are six males and two female pups and they are OH. SO. CUTE. 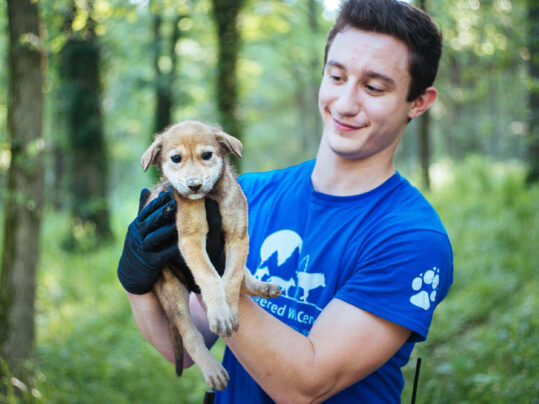 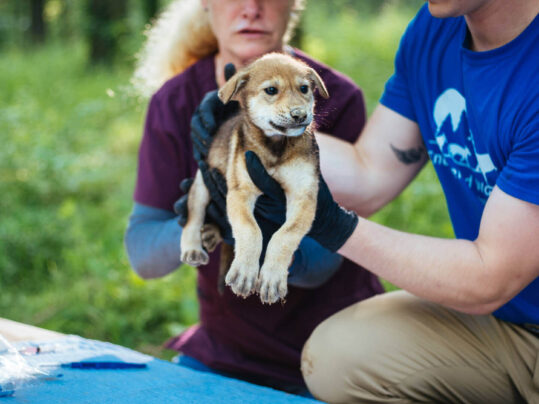 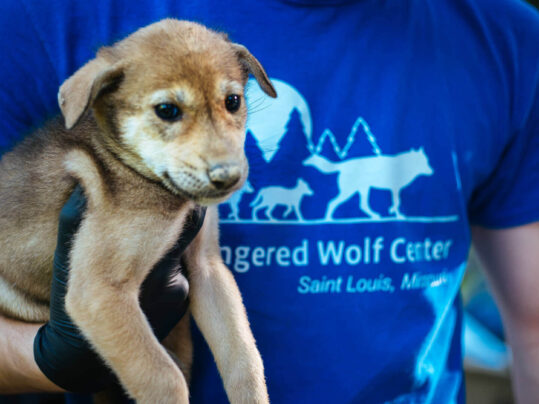 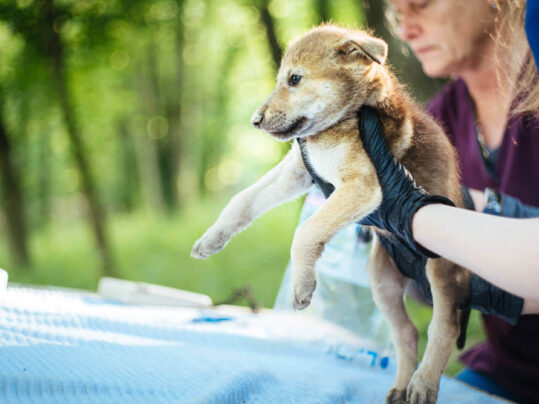 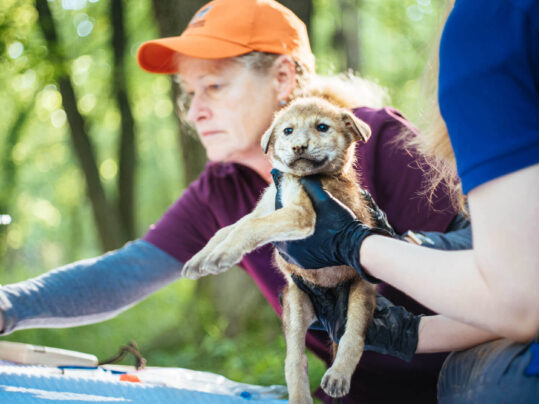 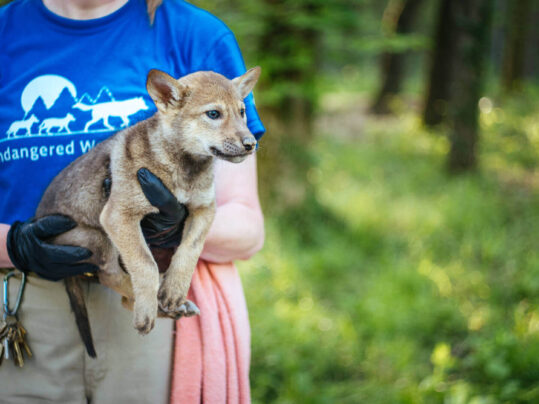 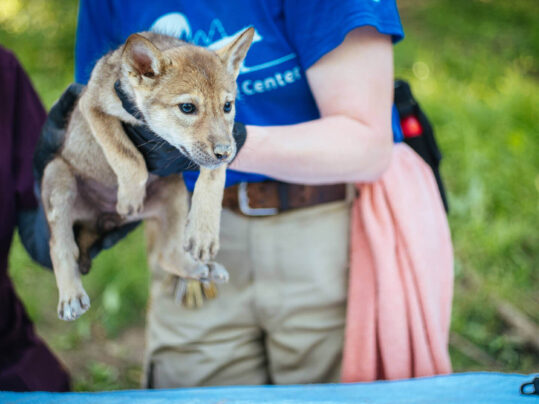 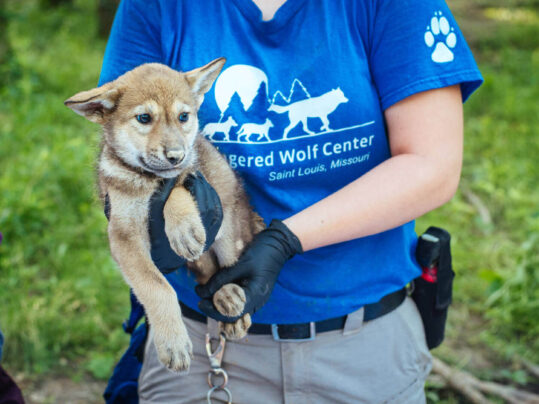 American red wolves are the most endangered wolf species in the world, with fewer than 30 wolves left in the wild and around 200 found in the captive breeding program. These new additions to our pack are small now, but they will have a BIG impact on the survival of their species!

The Endangered Wolf Center has played an integral role in saving the red wolf. We have bred a total of 45 critically endangered red wolf pups since their survival program began in the 1980s.

A strikingly beautiful animal, the red wolf is a different species from its gray wolf cousins, and notably smaller, weighing an average of only 65 pounds.

The American red wolf is truly a national treasure – they are the only large carnivore species that is solely native to the United States.

Historically, red wolves were found throughout the Southeastern United States, with wolves found as far west as Texas, including Missouri, Arkansas, and Illinois. The last red wolf seen in the wilds of Missouri was in the 1950s. Now, red wolves can only be found on the coast of North Carolina.

Red wolves were declared extinct in the wild in 1980, due to predator control programs, poaching, hybridization with coyotes, loss of habitat, and disease from domestic dogs. Over forty zoological and conservation institutions across the country have come together in an effort to save red wolves.

These institutions are part of the Association of Zoos and Aquariums’ (AZA) Red Wolf Species Survival Plan (SSP), housing more than 230 red wolves.

We are proud that in 1982, we welcomed our first litter of red wolves! One of those pups, an amazing female named Brindled Hope, was introduced into the wild in North Carolina, and became the first reintroduced red wolf to give birth in the wild.

And so her legacy began. A legacy that started an innovative effort to recover a species that was almost lost to the pages of history.

Today, many of the red wolves now roaming in North Carolina’s wild territory can trace their roots back to the Endangered Wolf Center.

Behind the Scenes of Saving an Endangered Species

Preparing a wolf to be introduced into the wild takes a lot of work – and a lot of space. The large habitats here at the EWC offer red wolf release candidates a chance to hunt, an opportunity to acclimate to larger land areas and the ability to experience little human interference.

Our dedicated Animal Care Staff perform necessary veterinary health exams and provide everything the animals in our care need to thrive, breed, and nurture their young.

To preserve their natural shyness, access to humans is limited, although visitors may observe the pups in their habitat from a distance during a tour.

A Bright Future for Our Pups

These eight new red wolf pups will remain at the EWC for two years or more with their parents and siblings, after which they may be sent to other facilities for breeding.

They offer hope for future reintroduction initiatives that will help save this species.

Since we have the space to keep multigenerational packs, these pups will only leave the EWC when they are ready to start their own packs. The SSP will take their unique genetics into account when pairing them to breed at the EWC or at other zoological facilities.

They represent hope for their species and an opportunity to balance our natural ecosystems here in the United States.

This balance impacts all living things – including humans! We rely on the delicate balance of nature and by reintroducing a keystone species like the American red wolf, we play our part in helping our environment get back on track.

What You Can Do to Help

Creating awareness is vital in saving endangered species. By examining the root cause of their plight in the wild, it is clear to see that misunderstandings and myths of their behaviors and species have taken their toll.

Sharing your knowledge is an excellent way to help! Small actions make a big difference.

Volunteering with wildlife organizations like the EWC, donating to fund conservation programs, and doing your part to live sustainably impacts our natural world.

By symbolically adopting our red wolf pack, you are playing an important role in securing the future of these endangered animals. We thank you for deciding to do something, even the tiniest action, to be an advocate for wolves and wild places whose ecosystems depend on them.